I’m going to break this one up into multiple posts with supporting docs and photos so you all can follow along. The Western world needs to see this.

Russian military recently dropped a new finalized report on the entire US Biological weapons scheme… They claim the the 4 masterminds atop the biological weapons network are Barack Obama, Hilary Clinton, Joe Biden, and George Soros. As well as 12 other NATO countries knew of and assisted the US in this operation to develop biological weapons. They also include the US pharmaceutical companies Pfizer, Moderna, and others.

It’s difficult to find legitimate western sources to share this information, as none of them are addressing this at all. Complete radio silence on Russia accusing the sitting president and past 3 Democrat president families of being responsible for C19 and the US biological weapons network in Ukraine. And the Chinese military are in agreement with Russia and their findings. Complete blackout on Western Media.
———-

I am still trying to find translations of the entire briefing, but I can give you an overall synopsis while we wait on full translations.

THEY DO NOT WANT YOU TO SEE THIS. This is why control of information is so important to them. Think control of Twitter. Think Disinformation Governance Board. They cannot have this information circulating. 2 nuclear superpowers just accused the Clintons, Bidens, Obamas, and George Soros of facilitating a scheme to utilize US DoD funds to create biological weapons in Ukraine, funneled through Hunter Biden and Rosemont Seneca through Metabiota, to create the pathogens, and then reap the money from vaccines to fund their political campaigns via Pfizer and Moderna, to further their stranglehold on information and ultimately all human life.

Here is the first page outlining the US plan to utilize drones to facilitate the unleashing of pathogens in aerosol canisters. I was made aware of this via @RedPill78 and John Mark Dougan back in February.

Now here we see the actual receipts and photo evidence of a biological facility in Ukraine. Hiding stashed biological material.

Pics on the top, looks like official English documentation of some sort that I cannot make out on the bottom. I will need to wait for transcripts to get full understanding, but the Russians claim this is the proof of US biological weapons and they have a lot more.

You’ll also notice this facility does not look secure at all. It’s not a laboratory, is a black site stash house with highly suspect equipment. Far beyond negligence when the result of these pathogens getting out is what we just experienced the past 2 years and (allegedly) killed 6.26 million people.
——–

Now, think about the absolute magnitude of this. Russia and China are directly accusing the last 3 US democratic presidential families, and George Soros, of conducting a multiple decades long plan to create an international biological weapons network, to create pathogens so they could unleash them on the public to gain world control, using their control of the media and use the BILLIONS from forced vaccination to supply their campaigns and maintain control of information, so their citizenry don’t find out about what is actually going on. Think about 2000 Mules and how the pathogens made way for this scheme and helps the DNC maintain control.

We are in the middle of WW3, and all of Western media is complete blackout. Not a single shred of reporting on it. Anywhere. In a real world, the allegations themselves would be taken seriously and the world populace should know about it. Even if they aren’t true, we would still need to know that 2 world nuclear superpowers are accusing the US of creating bioweapons and might want to retaliate for slaughtering their citizens for political gain.

I said it back in February, this isn’t the beginning of WW3, we are in the middle of it. C19 was first weapon fired. And it claimed (allegedly) 6.26 million lives. And Russia and China have evidence suggesting the “US Democratic Party” are responsible for creating and releasing this weapon.

American Airlines Group Inc and all affiliates and subsidiaries

Predators shouldn’t be given a free pass, so why is Judge Jackson letting them off the hook? 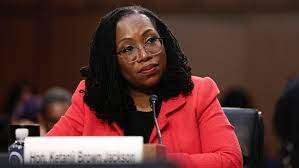 Predators shouldn’t be given a free pass, so why is Judge Jackson letting them off the hook?

For those wondering, the military briefing was presented by Russian Major General Igor Kirillov, Chief of Radiation, Chemical and Biological Defense.

I am still looking for a full, translated video but no luck. Here is a quick snippet from the briefing where you can clearly hear him saying “Pfizer, Moderna” and the slides I referenced earlier are also shown on screen behind him.

This was all released by Russian MIL

WOW YOU GUYS ITS WORSE THAN I THOUGHT…

Finally got my hands on an English translated version of the full brief from Russian Military, shout out to Yeeun Min.

Now this is a translation of the dialogue from Igor Kirillov, and I don’t speak Russian myself so I can’t confirm it, but you can find it attached at to this post.

You need to read the ENTIRE thing, it’s not that long, but the big points are:

-Special Russian Military Operation revealed biological weapons via pathogens, and they confiscated drones equipped with 30 Litre aerosol containers for spraying pathogens. Not only is that creating the pathogen, but they created a vessel to use as a weapon.

-The Biological weapons as well as Pharmaceutical activities were all held in Ukraine, and the ideologues behind the scheme are the ruling families of the DNC.

-Not only are AMERICANS conducting this kind of research, but so are Germany and Poland.

-Dissemination of pathogens on Ukraine was done so on their civilians, in the form of disseminating biological material by handing out counterfeit money contaminated with pathogens.

-Veterinary laboratories like in Mariupol were being used as stash houses for pathogens to circumvent oversight.

-US shipped mass amounts of biological protective gear to Ukraine, proving their knowledge of bio activity.

-The US DNC was facilitating an OFFENSIVE biological weapons program.

-Russia claims they put an end to all criminal experimentation on civilians (think Nuremberg).

You guys, there is so much here. Please read it.

Today, at the UN Security Council, Russia presented further evidence of their accusations that the US DNC created a secret bioweapons program in Ukraine. They have accused the US,  multiple times in the past year, of breaching the International Biological Weapons Treaty. And the US just cries “Disinformation” and vetos any movement for investigations.

People have been asking me, what’s next? What would punishment look like?

And to be honest with you, I don’t know for certain because this has never happened before. The 1972 International Biological Weapons Treaty has never been breached. No nation has ever even been formally accused, until now. Article I never been invoked.

Theoretically, in a political-free vacuum, what SHOULD happen, as per the treaty, would be invoking Article VI and Article VII. Article summaries are as follows: (I copy pasted from Wiki)

–Complaint about an alleged BWC violation

Article VI allows States Parties to lodge a complaint with the United Nations Security Council if they suspect a breach of treaty obligations by another state. Moreover, the article requires states to cooperate with any investigation which the Security Council may launch. As of January 2022, no state has ever used Article VI to file a formal complaint, despite several states having been accused in other fora of maintaining offensive biological weapons capabilities. The unwillingness to invoke Article VI may be explained by the highly political nature of the Security Council, where the five permanent members—China, France, Russia, the United Kingdom, and the United States—hold veto power, including over investigations for alleged treaty violations.

Article VII: To assist States which have been exposed to danger as a result of a violation of the BWC.

–Assistance after a BWC violation

Article VII obliges States Parties to provide assistance to states that so request it if the UN Security Council decides they have been exposed to danger as a result of a violation of the BWC. In addition to helping victims in the event of a biological weapons attack, the purpose of the article is to deter such attacks from occurring in the first place by reducing their potential for harm through international solidarity and assistance. Despite no state ever having invoked Article VII, the article has drawn more attention in recent years, in part due to increasing evidence of terrorist organizations being interested in acquiring biological weapons and also following various naturally occurring epidemics. In 2018, the BWC’s Implementation Support Unit issued a background document describing a number of additional understandings and agreements on Article VII that have been reached at past Review Conferences.”

In short, the UN Security Council is supposed to do a joint investigation, and all assist to the nation(s) who have been exposed to the biological weapon(s). But I just don’t think it’s going to happen because of the structure of the UN. The US can just simply veto any investigation.

The only other world event similar to this situation was Nuremberg. With which the US, UK, France and Russia, each provided 1 Military Judge and a team of military prosecutors, and joint-prosecuted the Nazi officials that were still alive, in an “International Military Tribunal”.

Given this whole biological weapons situation is unprecedented, I can’t really project what the next steps will be. Especially considering one of the names directly accused of being an Ideologue of this bioweapons plot is the current Commander in Chief of the most powerful military force on the planet…

The only way this is resolved is if the US MIL is disobedient to Biden, i.e. “Devolution”, and assists the Russians and Chinese in holding these people accountable. It would require a treaty between the militaries of Russia, China, and the US. That’s the only way.

US Coordination of Biological Laboratories and Research in Ukraine

Ideologues: The following entities were facilitating the operation:

–Hilary Clinton: Spearheaded the adoption of US strategy to counter biological threats and promoted legalization of Dual Use Research

–Joe Biden: Coordinated the activity of the Executors of the military biological program, involved in financial fraud in Ukraine

Organized by the Executive Branch and Academic Centers: Aforementioned “ideologues” abused their positions to “set tasks” for Executive controlled agencies. Weaponizing these agencies to carryout the bidding of the ideologues. They are as follows:

-US Dept of State

-US Dept of Defense

-US Dept of Agriculture

-US Center for Disease and Control

Sponsors: Aforementioned US Agencies funneled their money through a series of Non-Government Foundations and Organizations, known as “Sponsors”. They were tasked with “Allocation of Funds” before directing them to the biological laboratories themselves. Otherwise known as “money laundering”. The Sponsors assisting in the money laundering scheme, are as follows:

-The Bill and Melinda Gates Foundation

Executors in Ukraine: Aforementioned Sponsors “washed” the money being sent from US Executive Agencies, and sent them to the “Executors”. The actual biological facilities themselves. The labs were given “Funding for Dual Research”. They were tasked with:

-Use of Ukraine as a bio-polygon

The Executors involved are as follows:

-US Embassy in Ukraine

Of the tens of billions in profit from all of the endless injections, some is then kicked back to the Ideologues responsible for formulating the plot. They use the funds to finance their campaigns and maintain their control.

Edit: Shoutout to August, one of my followers, sent me a link to fully English translated version of the entire slide show. I will post the pictures as well and will breakdown the full translation. Link here

Anti-Inflammatory and Antioxidant Properties of the Extract, Tiliroside, and Patuletin 3-O-β-D-Glucopyranoside from Pfaffia townsendii (Amaranthaceae)